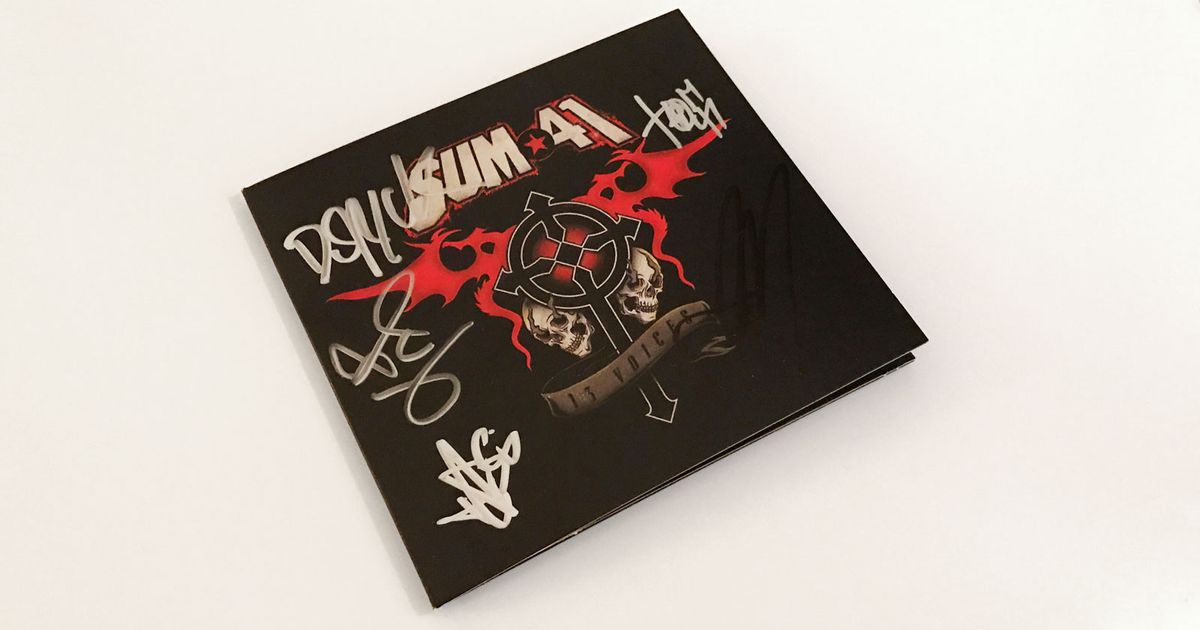 I received a signed copy of 13 Voices! The review.

OMG, yes, I received a f*cking signed copy of the latest album of Sum 41! It was held by every member of the band and signed by each and every one of them. I've been a huge fan since I was younger, and however I kinda outgrew their music, I couldn't be more happy with this! The music on the latest album is like Screaming Bloody Murder more towards the heavier sound, and that's a good thing, in my opinion. 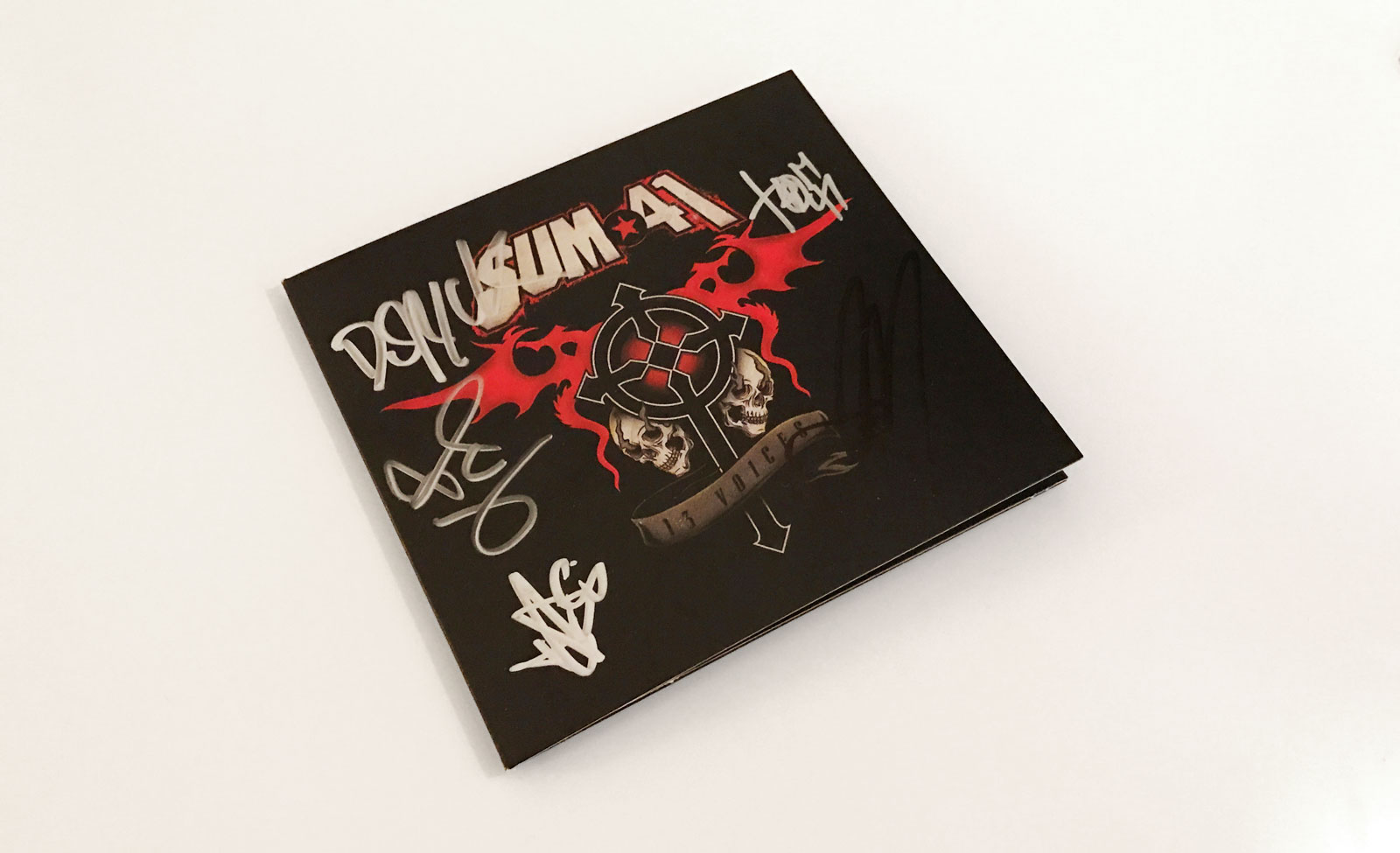 13 Voices is the sixth full-length release by Sum 41, released on October 7th through their new label, Hopeless Records. It's featuring their new drummer, Frank Zummo taking over from Steve Jocz and the return of Dave "Brownsound" Baksh. Since Dave joined the band again, and Tom never left, this is also their first release as a five-piece band. And I got the signed album through a crowdfunded campaign that started on July 20th, 2015 ?! The copy I received also happens to be a "Deluxe" version which contains 4 more songs than the Spotify album. It has 2 acoustic version of "Breaking The Chain" and "War" and also features 2 other songs "Better Days" and "Black Eyes".

Earlier, I wrote here a few weeks ago that I was not sure if I liked the new direction the band seemed to be going after they released the 2 singles "War" and "God Save Us All (Death to Pop)". Now I have the full album and listened to it a few times, I'd like to come back on that. This album is defintely one of their better albums, it has a lot of influences of their former album Chuck (maybe because Dave is back now?) and Screaming Bloody Murder. You could say it's a mix of the 2 of them. 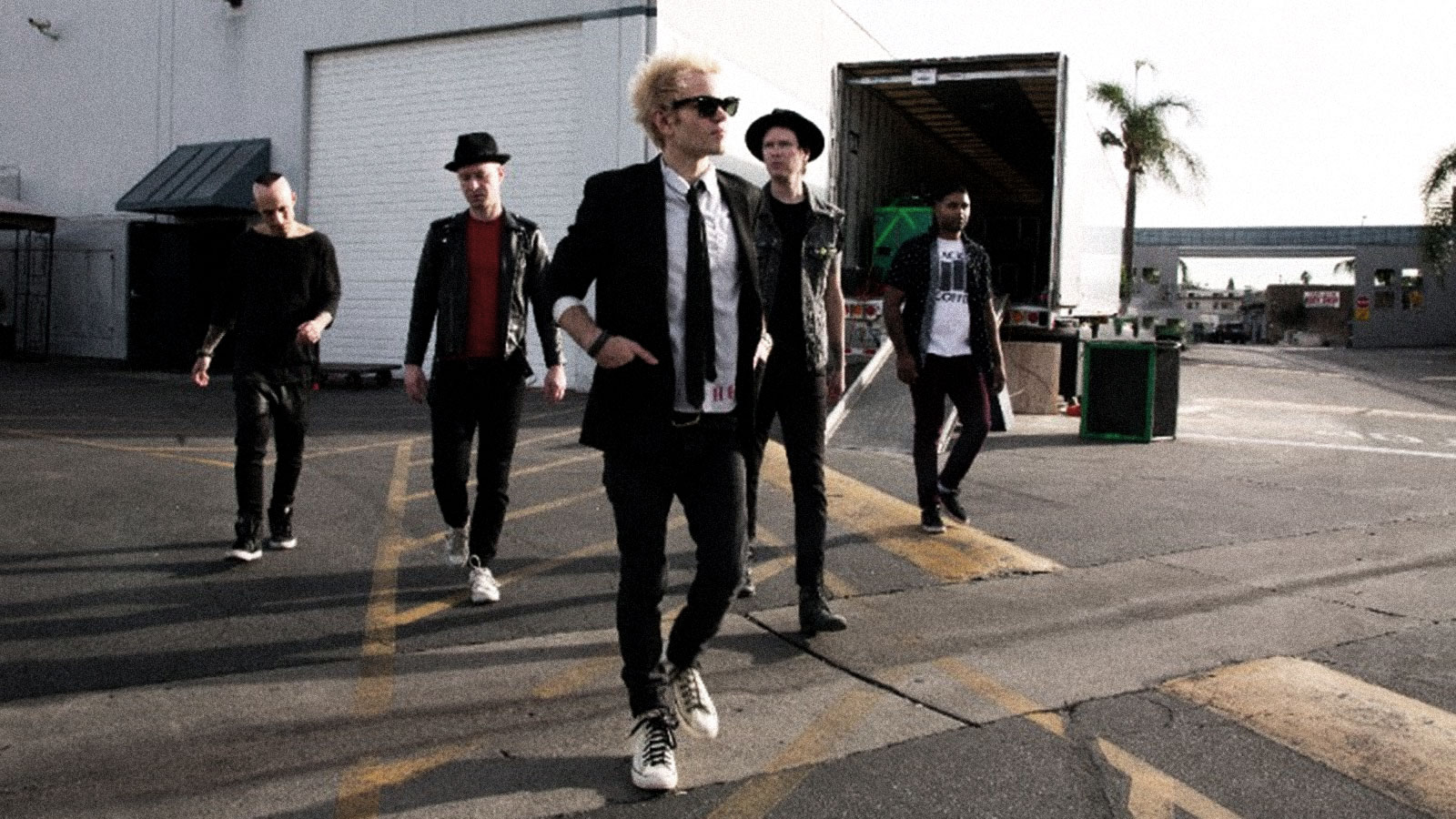 The comeback album is largely based on the near-death experience of Sum 41 frontman, Deryck Whibley due to alcoholism. It's understandable that the songs would mirror the dark road from the hospital bed back to the stage, and that's certainly true to an extent; look no further than the morbid tracklisting with titles such as "A Murder Of Crows (You're All Dead To Me)", "Goddam I'm Dead Again", "Twisted By Design" and "Fake My Own Death". But there's also resounding hope with songs like "War", "Breaking The Chain", "The Fall And The Rise" and "Better Days".

Some songs seem to have some Linkin Park influences, like "God Save Us All (Death To Pop)" and "Breaking The Chain" while others have some hip-hop influences from the old days like "The Fall And The Rise" (some parts in this song also remind me of Hollywood Undead). While we used to have good balance between the heavier stuff and some softer pop punk this album feels much more uniform, heavier and more mature. Sum 41 is growing up and is confident of their direction towards the more heavy material.

You should definitely give this album a shot, if you enjoyed Chuck and Screaming Bloody Murder, you'll love this!

Anyway, to end, some music videos they have released over time towards the release below, enjoy.