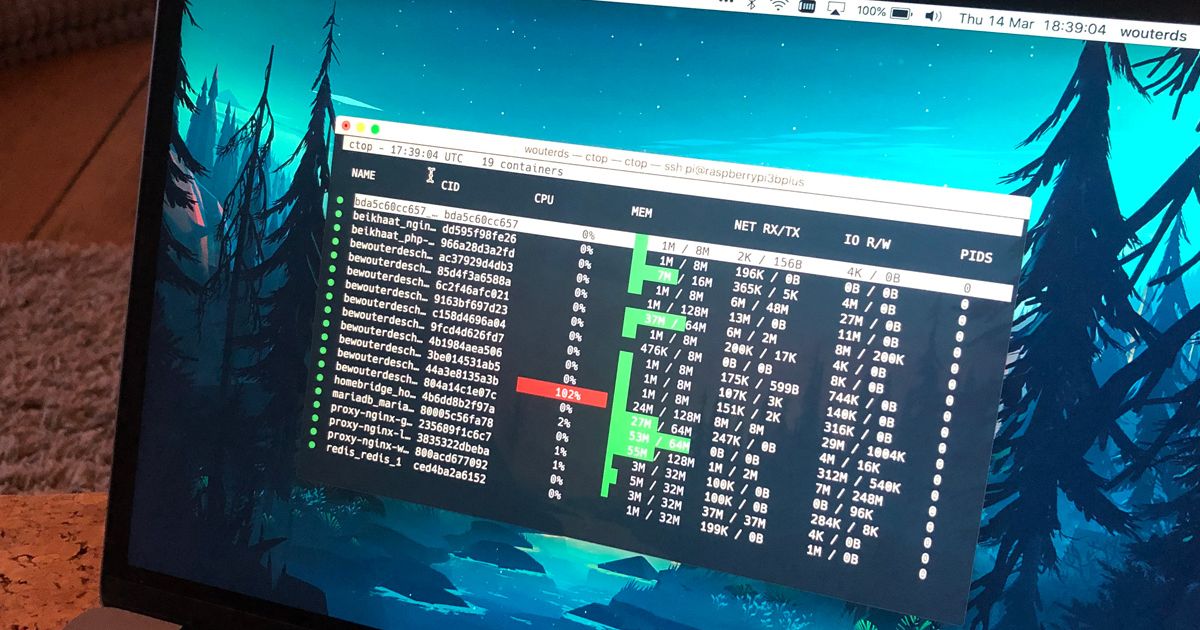 Monitor your containers with ctop, like (h)top, but for Docker containers

While profiling memory usage and doing some load tests at work for one of our containers I was looking for some basic and easy to use Docker monitoring tools. At some point I came across ctop, much like top/htop, but for Docker containers!

YES, there is docker stats.. but it's not always as easy to read. I just like this little cli tool way better!

You can install it with brew (brew install ctop) on macOS or just download the binary and move it manually to your bin folder. It comes with releases for Linux, macOS and Windows. And they even have an arm compatible version for platforms like Raspberry Pi 😍!

You could also just run it as a container, but that's only supported on x86 arch.