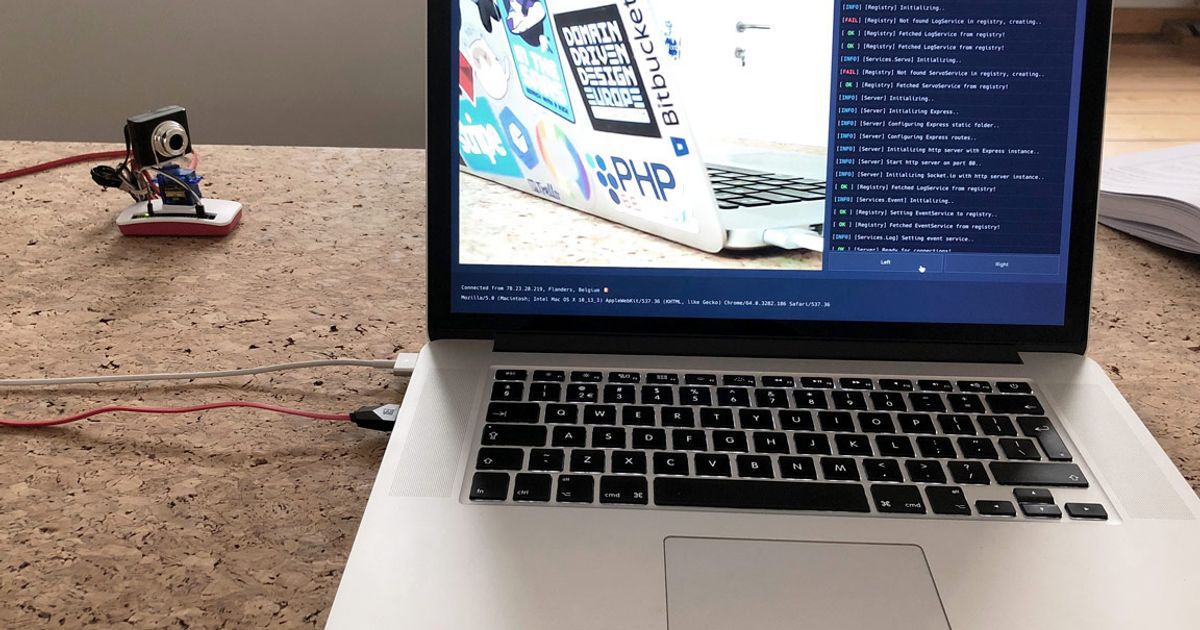 It's been a while since I did a weekend project, but this weekend was one of these! I wanted to hack something together so I could view a live camera stream from anywhere in the world and control it (as in: rotate it left and right) with a simple web interface.

In this blogpost I'll describe what materials you need, how to stick them together and how to install the software. I opensourced it on Github, so the software part is only a matter of copying it and installing.

Let's get started by going over what you need. The picture below sums it up basically. 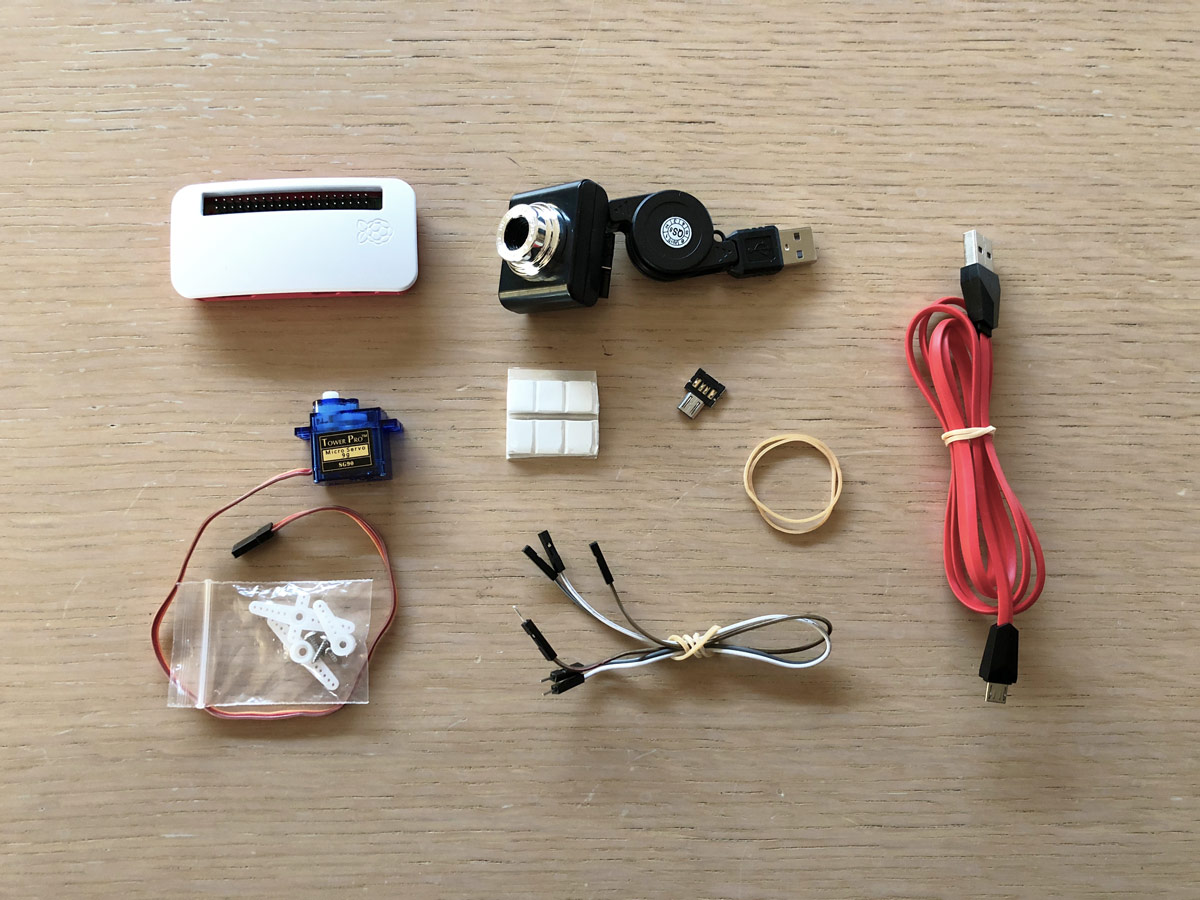 Sticking it all together

Breaking the webcam (or don't)

Now the first thing I did was breaking the handy retractable clip. There's a bolt behind the sticker, I removed it because I don't like it and have the full cable rather unfolded. If you have another webcam or don't really mind the retractable clip, just skip to the next step. 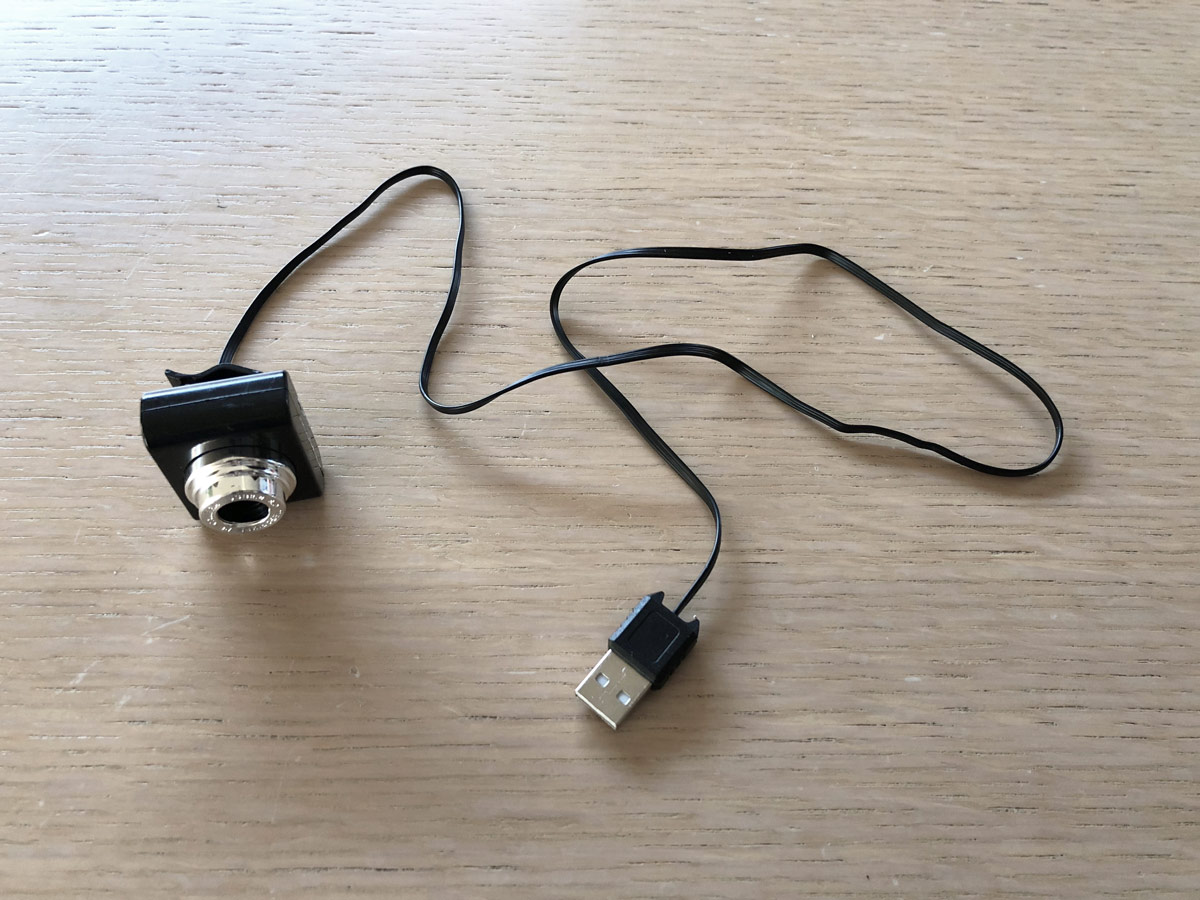 Next up; find the most semetrical head in the little bag that comes with the servo and place it on the servo wheel. This is where we'll be mounting the webcam on. Now it's possible the servo is not perfectly in the middle, you will notice this once we have everything connected and run the app. If it would not be aligned nicely in the middle, just take it off and put it back on it. 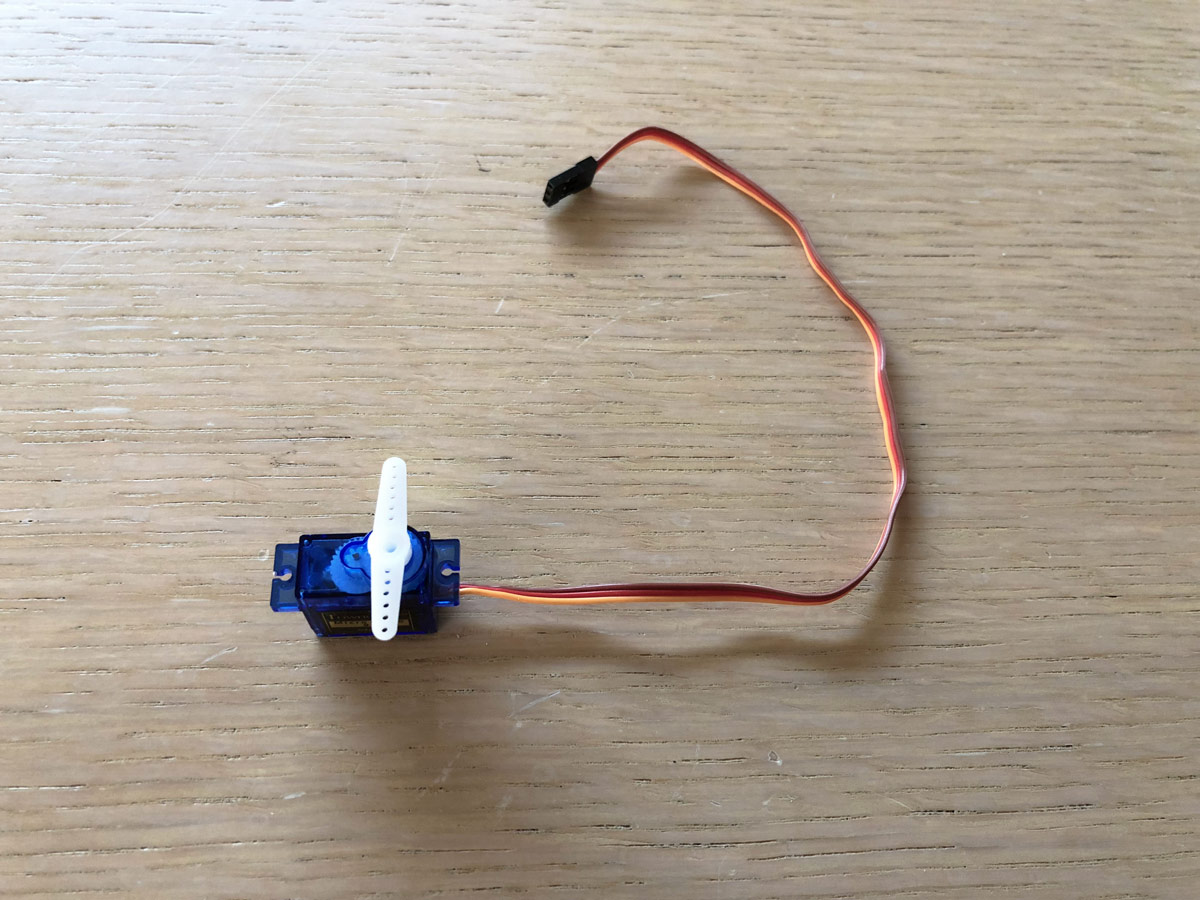 Mounting the webcam on the servo

Put some of the Pritt Multi Tack glue on the servo head and gently push the webcam on it as you can see below. And just to be sure, I added an elastic around it as well. 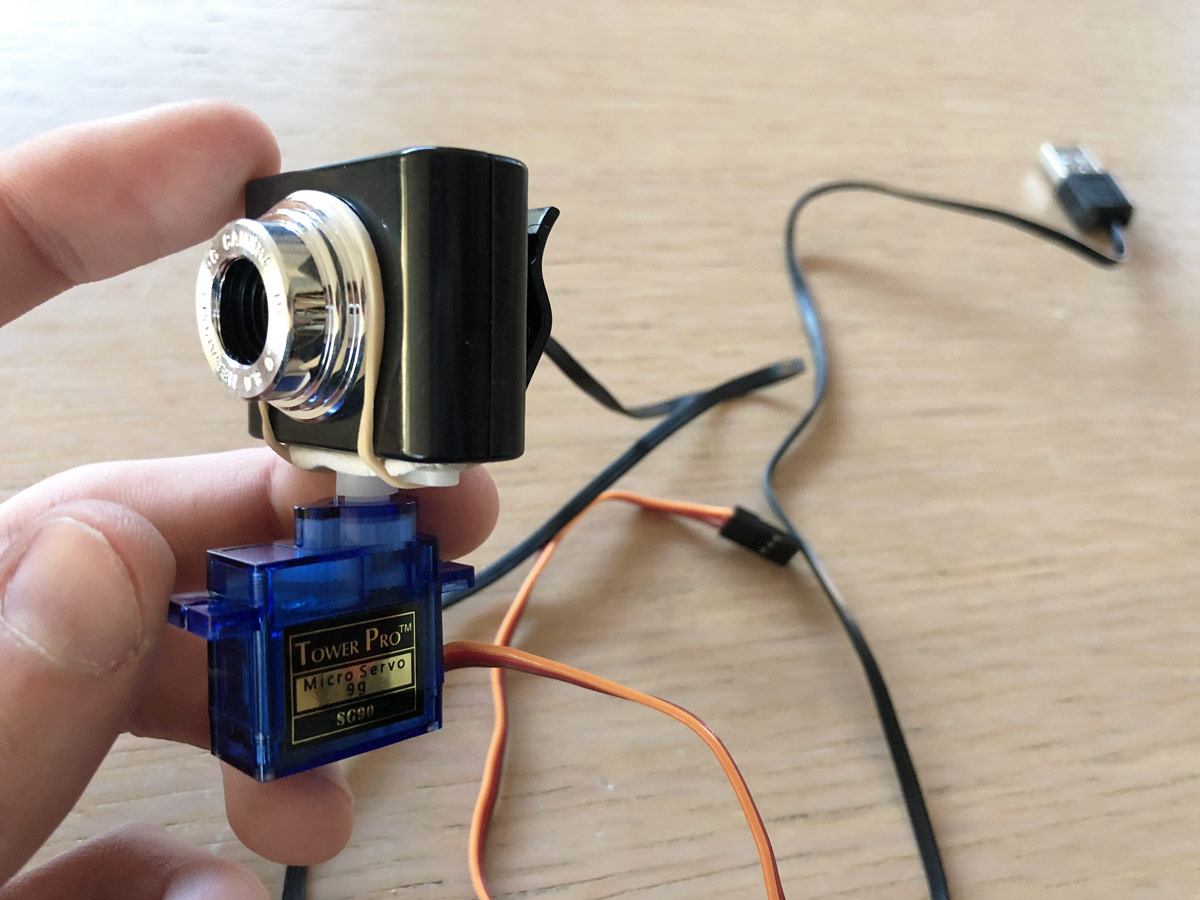 Connecting the servo the Pi 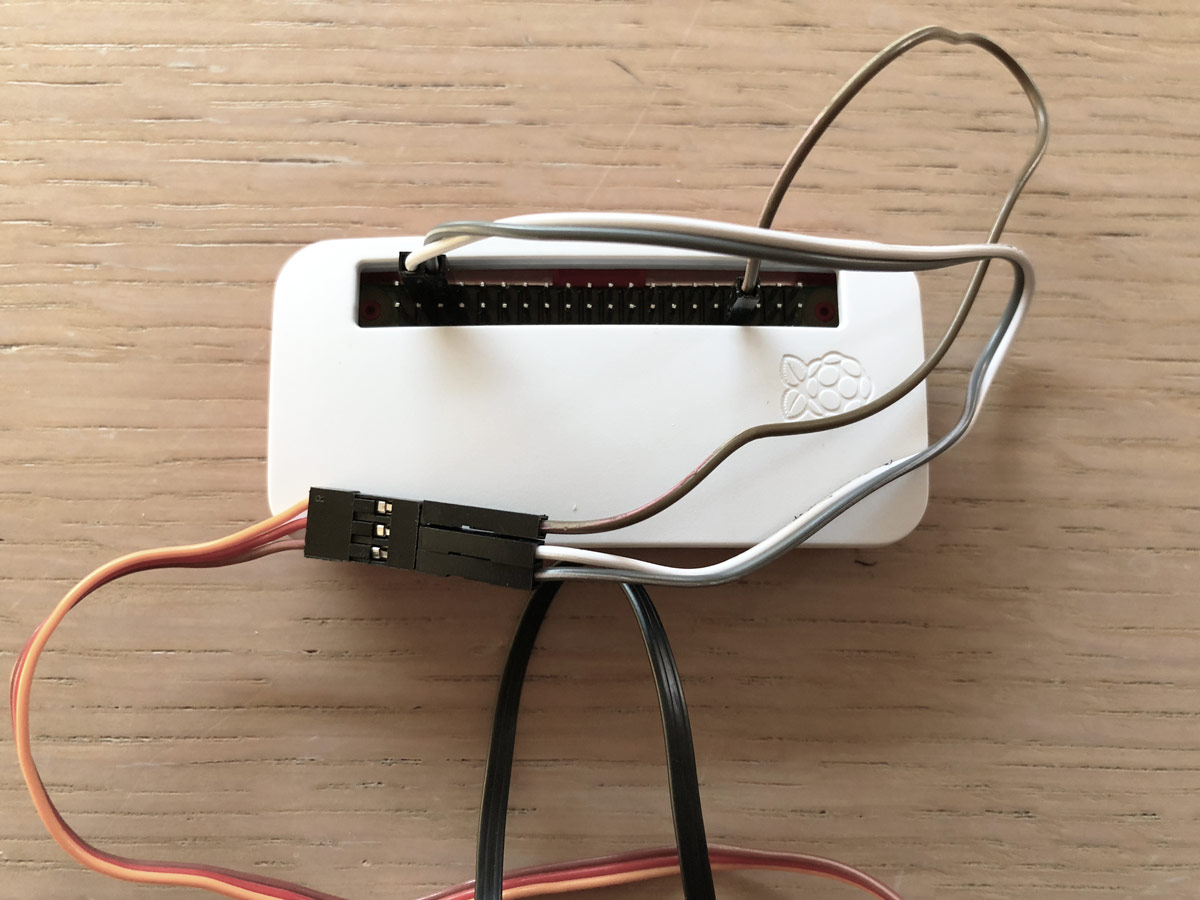 Sticking the servo on top of the Pi 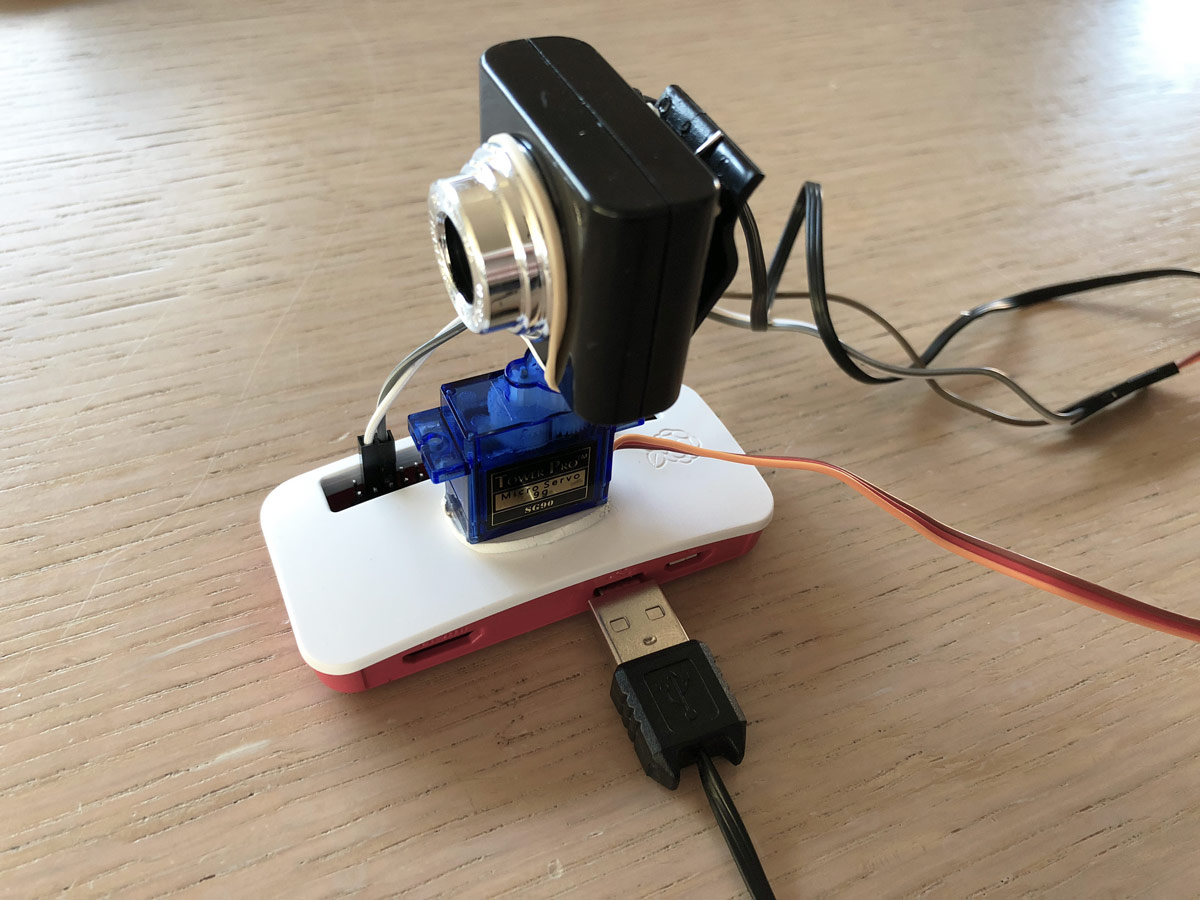 Lastly, I don't really like a lot of messy cables, so I put some elastics around those to clean that up. 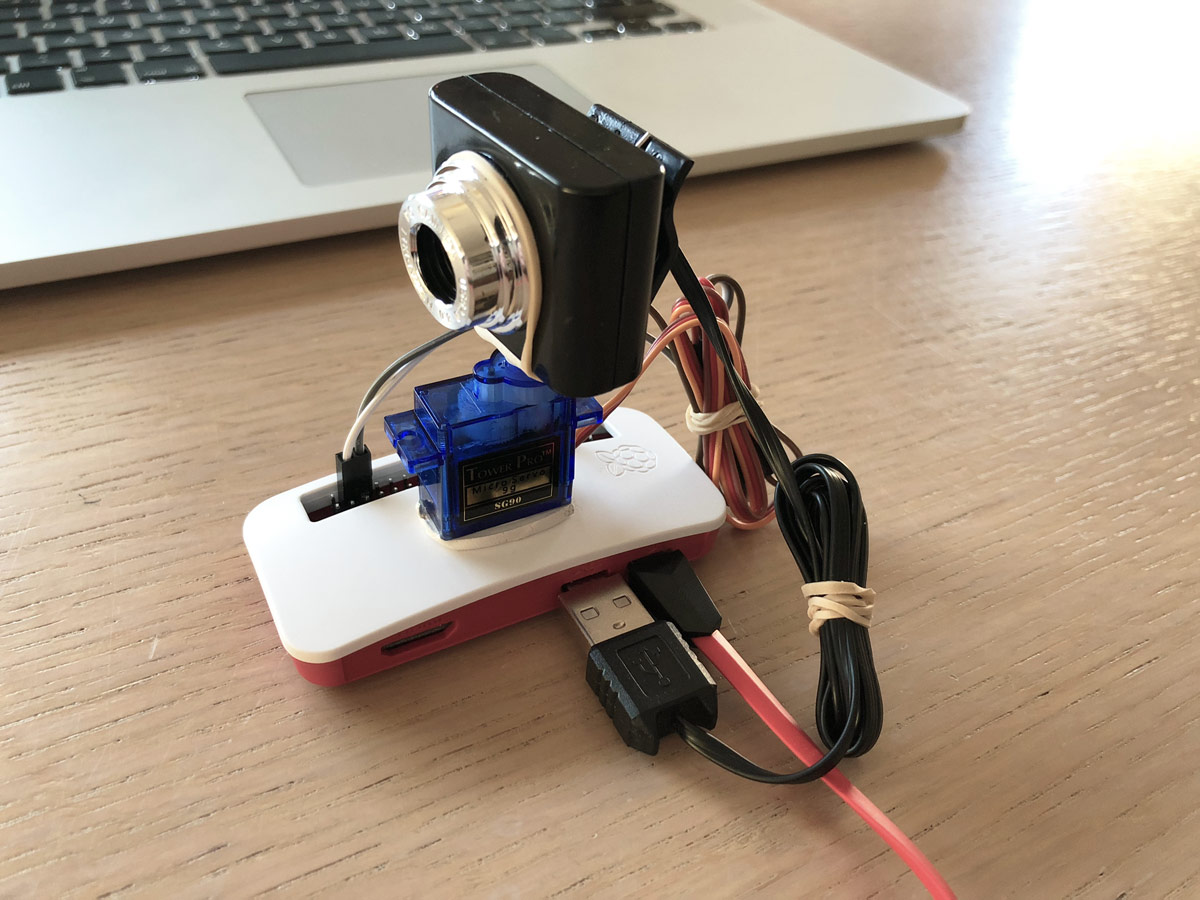 Now before we dive into installing the dependencies and the actual app I've created for this, there are a few assumptions. I assume you have worked with the command line before and know how to install software on a headless Raspberry Pi through the command line. I also assume you already have Raspbian (Lite, I always use Lite, but not required) installed on the Raspberry Pi and that it is connected to your local network (have it connected with a network cable or at least Wi-Fi setup).

If you haven't installed Raspbian yet, head over here and follow the instructions.

To run the camera stream from a USB webcam we'll make use of the package mjpg-streamer. Before we can install this we'll need to install a few dependencies first.

After installing the dependencies, run the following commands to install mjpg-streamer.

Start the camera livestream by running the following command.

If you followed all above instructions and everything went ok, you should now be able to see the stream when browsing to http://your-raspberry-pi.local:8080?action=stream. After you verified the stream is working, cancel by running ctrl+c and move on to the next section. 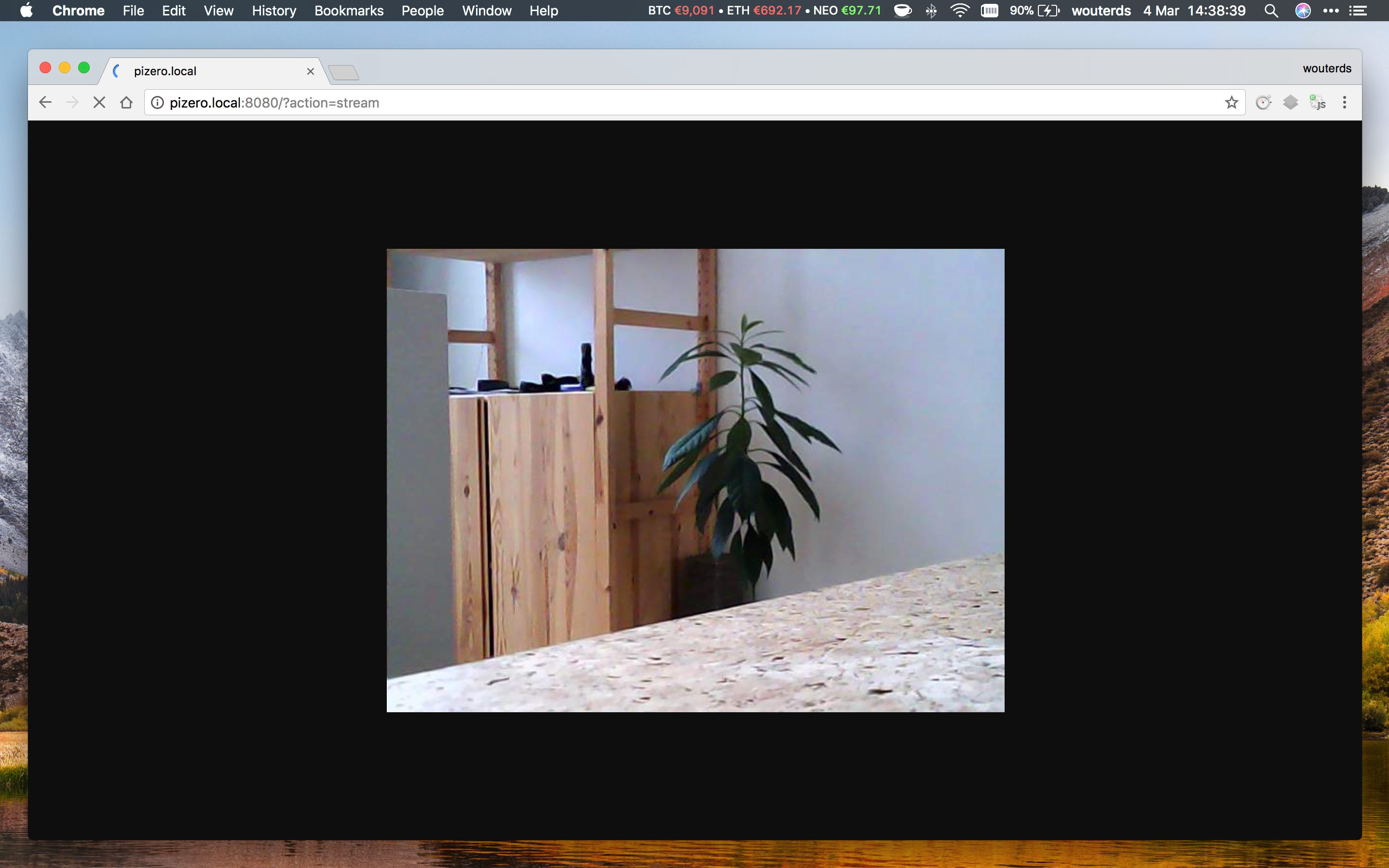 Our second dependency is nodejs, run the following commands to install.

Verify node and npm are installed successfully by running the following commands.

This should give a similar output to this.

This is a library that's internally used by the NodeJS app to communicate with the hardware. Run the following commands to install pigpio.

That should be it for the dependencies, congrats for reaching this point already 👏!

Start by cloning the repository to your Raspberry Pi by running the following command.

Next cd into the directory and install the dependencies, note that this will probably take a while (it took about 20 minutes for me). If you don't want to wait you can try to download a compiled zip from the installation on my Pi Zero, however, I am not 100% sure if this will work everywhere.

Now build the frontend app by running the following command, this only needs to happen once.

Run the following scripts to start the webcam in the background and the app in the backgroundd, note that this might take a few seconds. The servo will run a test check and rotate a few times. After it finished it should be looking straight, if not take the servo head off and place it back on it so it is pointing straight. You should now be able to browse to your Raspberry Pi Zero and control it using the web interface.

Don't want to run the app in the background and see the console output? Just run sudo npm start.

Add the following to /etc/rc.local before exit 0.

And that should be it, enjoy! 🎉 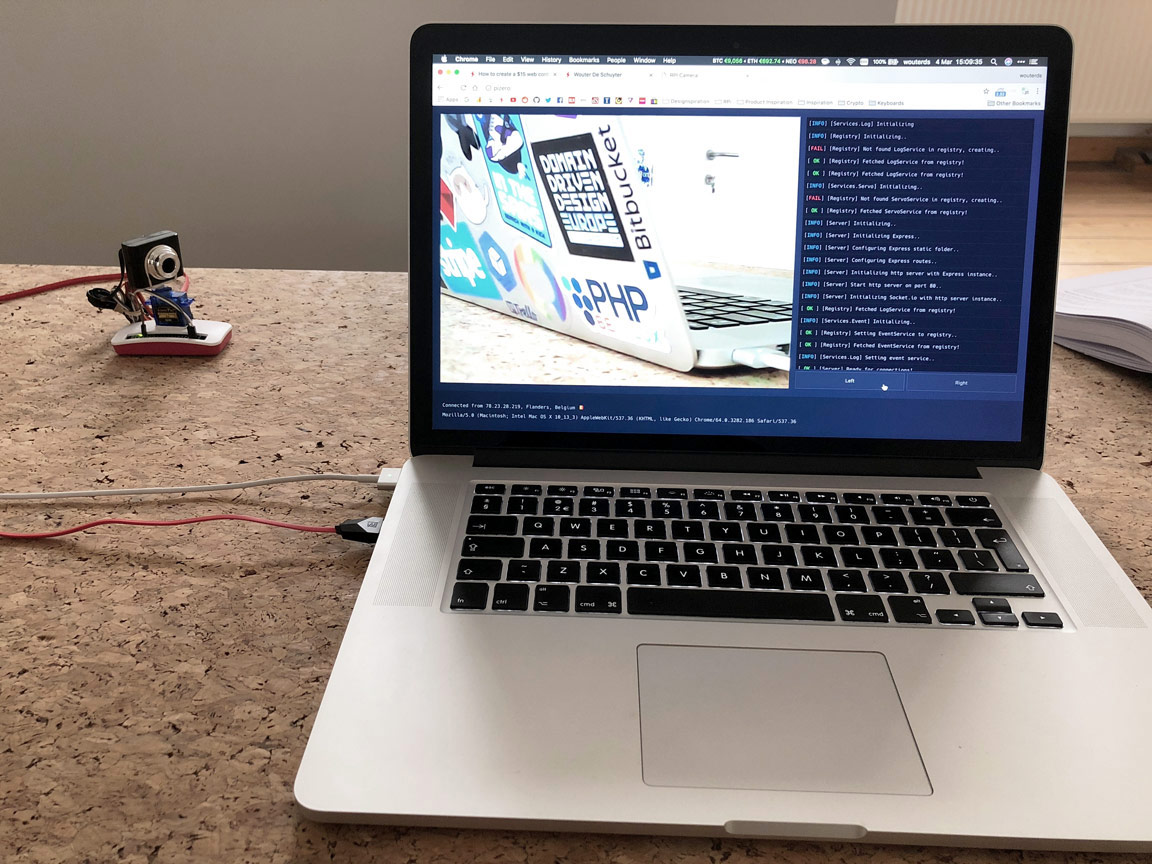 Small note: I know it's not the most beautiful written piece of code ever, but it's readable and does the job, I just quickly hacked it together to get something working 😌!

Small note 2: When I first tried out a USB webcam on a Raspberry Pi a few years ago there was little documentation on how to do this. I just quickly Googled around before publishing this blogpost and noticed there's already a gazillion guides like it by now. In any case, I already put quite some effort into this and don't want to quit now, so here's another one 🤷‍♂️..